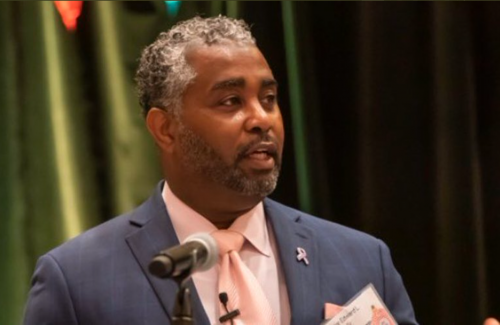 Pastor Edward L. Palmer addresses the issue of racism, which he describes as a policy failure, and the differing impact that Kentucky state policies often have on juveniles, African Americans and other People of Color. He also identifies proposed legislation that would increase racial justice and improve the juvenile justice system in Kentucky. Palmer pastors The Sign of the Dove Church International, is a certified diversity trainer, state juvenile justice advisory board member, Radcliffe City councilman, and currently National Chair of the Coalition for Juvenile Justice. His presentation was delivered January 15 at the annual conference of the Kentucky Center for Economic Policy.

We’ve talked about the difference between acute compassion — the world responded to the trifecta of Breonna Taylor, Ahmaud Arbery, and George Floyd. And we’re very good at responding in an acute way to these polarizing events. But what’s needed for this conversation, and to really move an anti-racist agenda forward is chronic empathy, and passion, so that we might bring forth real and sustained change. So let me deal with a couple of things that I’ve heard in my travels around the country.

And the first thing I want to deal with is this “I’m not a racist” defense. Right? I do a lot of diversity training around the country, and everybody’s trying to defend themselves from this label of being a racist, this “I’m not a racist” defense. This defense will not move the nation to a place where racial inequities are a part of our history and not a part of our present reality. So that defense will not move us to the place we need to go. And when we intentionally and aggressively identify and eradicate systemic policies, systemic racism in the form of policy, then we can make that statement, “One nation under God,” a reality for all people. So we’ve got to get out of this individualized perspective. I like to call it that myopic view, and really start to look at the broader impact of public policy in this country.

Dr. Martin Luther King said, “It may be true that the law cannot make a man love me, but it can keep him from lynching me.” And that’s pretty important. And I agree with Dr. King, we’ve got to have a conversation about the impact of public policy. Racism is about the policies that govern our public life. And it’s not about the individuals who may or may not be a racist. It’s about the public policy that governs how we interact with one another, how police interact with Black and Brown communities compared to how they interact with white communities. Anti-racist policies will identify and eliminate racist individuals. You want to get rid of those far and few in between racist individuals that may be in institutions,? Well develop this anti-racist policy. It will control the behavior of those would-be racist individuals. Simply put, it’s about the rules of the game, and not the players of the game.

Another phrase I want to deal with is this idea, I’ve heard this since last week, you guys may have heard this as well. When they stormed the Capitol, I heard this as a result of the American version of a coup, that’s what happened last week. It was a U.S. version of a coup, right? It resembled something in a third world nation. The guy we wanted to win didn’t win, so we overtake the government, right. And so subsequent to that event, I’ve heard a lot of folks say, “This is not who we are.” And then I begin to think about that and I have a question, “If that’s not who we are there, then who was that at the Capitol? Who was that?”

Another question I asked, “Can we be better than the public policies that govern our public life? Can we be better than that? So if that was not who we are as Americans, then who are those people that stormed our U.S. Capitol last week? Are they not a part of the collective we? Were they not veterans? Were they not police officers, some state legislators? Were they not school teachers, school psychologists?” Olympic gold medals were among them, firemen, CEOs, moms, dads, grandmoms, and granddads? Who were they? They were Americans. They were part of the collective we. So that’s not who we are.

This is about changing the rules of the game, to create the equitable outcomes that we all say we want to see. It’s not about individual players because policy will control the behavior of the individuals who serve in our system. We’ve got to change the rules of the game. So that was my sermon for the day, but I do want to get into some policy.

And before I get into policy around juvenile justice and specific bills that I think are promising for the role ahead, I want to highlight some things from Senate Bill 200, Juvenile Justice reform of six years ago. Since Senate Bill 200 went into effect we’ve seen the diversion rate increase from 58% in calendar year 2014 to 72% in 2019. We’ve seen the diversion eligibility rate for public offenses go from 55 to 63%. We’ve seen status offenses, the diversion rate go from 67 to 91%. 91% of the kids who commit a status offense end up in diversion, not in court, not in our detention centers.

We’ve seen our county attorney decreases, overrides of diversion decreased about 50%. In Louisville, Kentucky today, we’ve got a total of 22 kids in detention. Not in Louisville, but across the state. 22 kids. Now, surely you can remember when that was in excess of 100 kids, right. And so we’ve greatly reduced the amount of kids getting to the back end of our system. But here’s some good news about some of the things happening in, let’s take Jefferson County for instance. In Jefferson County alone, we’ve seen in the last couple years, we’ve seen the county attorney override drop 92% for black kids. That’s down from 905 diversion overrides, all the way down to 74, as a result of some very intentional work. So a lot of great things are happening as a result of Senate Bill 200, we’ve greatly reduced the amount of kids getting to the deep end of the system, we’ve closed three of our state funded juvenile detention centers and then you add to that local Metro closing its detention center, we’ve got far fewer kids in cages today than we had in cages five years ago.

But a few bills, I think it’s important for us to keep our eyes on as we move through this legislative session, one is SB 36, and I’ll list the main authors of those bills but there are others who have signed on. Senator Westerfield has filed this bill, and this bill removes this automatic transfer from District Court to Circuit Court, in other words, move a kid from being charged as a juvenile to being charged as an adult. This removes that automatic transfer and allows the judge to look at each case and the merits of each case and the mitigating circumstances of those case, and determine whether or not a kid should actually be moved up. This is going to go a long way to address racial and ethnic disparities at the transfer point. Right now in Kentucky, over 50% of the kids that are eligible and are referred to adult court are African American kids because of this automatic transfer piece.

So this is a very important bill to addressing racial and ethnic disparities at the worst end of our juvenile justice system. And then Senator Neal filed SB 40, which requires a racial impact statement on all bills related to criminal and juvenile justice. I love this bill, because what it says is, “Before we make a bill law, let’s look at the impact and let’s determine, whether or not…” Really this equates to putting a racial lens on that bill and determine whether or not this bill is going to have unintended consequences on certain populations. And if so, then we can modify that bill to create equity before we pass it. And then SB 60 is a bill by Senator Meredith, which removes the death penalty. And I don’t know how much traction this will get, but from a juvenile standpoint, it doesn’t do a whole lot because I can’t remember the last time Kentucky sentenced a juvenile to death.

However, this bill allows for life without parole. And so that’s the real meat of this bill, is how do we get life without parole removed from a juvenile offender. More than 50% of the kids in this country serving life without parole are black kids. And so this is a big concern that we address this over sentencing of youth in general, but definitely the impact on minority youth. And then, Sarah Gibbons filed SB 10, and it has several other co-sponsors. But SB 10 creates the Commission on Race and Access to Opportunity. And this commission is going to be looking at all things racially disparate, and look at how do we begin to address racial and ethnic disparity on a broad policy scale across the state. And so I think that’s a very promising bill as well.

And then on the House side, HB 126, filed by Representative Massey, is simply a bill to move the threshold of felony theft from $500 to $1,000. I think Kentucky is one of three states that still have that very low threshold of 500. By moving it to 1,000, we’re hoping again, that we minimize how many folks are going into our jails and prison systems as a result of this kind of low level crime. And then there’s House Bill 86 by Rep. Wiederstein, and this prohibits the use of solitary punishment as a disciplinary tool. Again this will affect both the use of solitary confinement for young people, as well as for adults. So I think on the juvenile side, we’ve got some great bills coming forth to begin to address some of the racial inequities.

I talked with Senator Westerville and I know he still plans to drop a bill we’ve attempted to get passed three times, that intentionally addresses the racial and ethnic disparity within our system of care. So I’ll end with a quote from Napoleon, “The world suffers a lot, not because of violence or bad people, but because of the silence of good people.” Thank you. 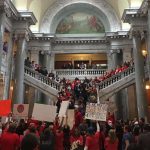 Kentucky Can Do Better With Tax Reform 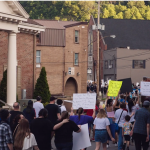 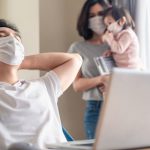 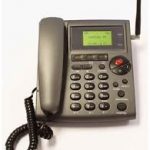 The Future of Landline Service in Kentucky